After a full year and a half of battling false accusations by a mother in one of our child custody cases, I am so proud to say that our client ultimately prevailed. There was a fake restraining order request, untrue violence allegations, and fabricated facts alleging that the child was experiencing anxiety while spending time with her father. After much litigation, several paid experts by mother, and testimony of multiple witnesses, and despite having all the paid experts on her behalf, the judge ruled within minutes after the evidence was closed. The judge stated that mother's allegations were not credible, that she had serious issues with coparenting and honesty.  The judge decided that  father would receive a 50% timeshare with his daughter. The restraining order was dismissed and father's reputation in the eyes of the court was restored completely. Our client hung in their and didn't give up. So proud to have been able to assist him in his case. 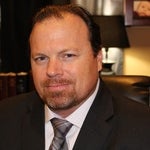 If you expect nothing but the best for legal representation in any of these areas, you should contact Attorney Mitchell as soon as you realize you need assistance. He and his firm have handled more than 4,000 cases in the areas the law he practices, so you can be confident in him and his team.

Thank you for contacting us. We will get back to you shortly.

Please complete all required fields below.

Here at Scott Mitchell Law Incorporated, when it comes to fees and payments, we strive to be flexible with clients who are seeking legal representation. We offer payment arrangements, flat fee contracts, and traditional retainer agreements. We understand legal representation is necessary for all, and yet difficult for most to pay the fees all at once. Although we cannot guarantee that everyone will be able to hire us, we do promise to do what we can to make it possible for you to hire one of our attorneys to represent you.